NVCtrip from Gent to Euro Life 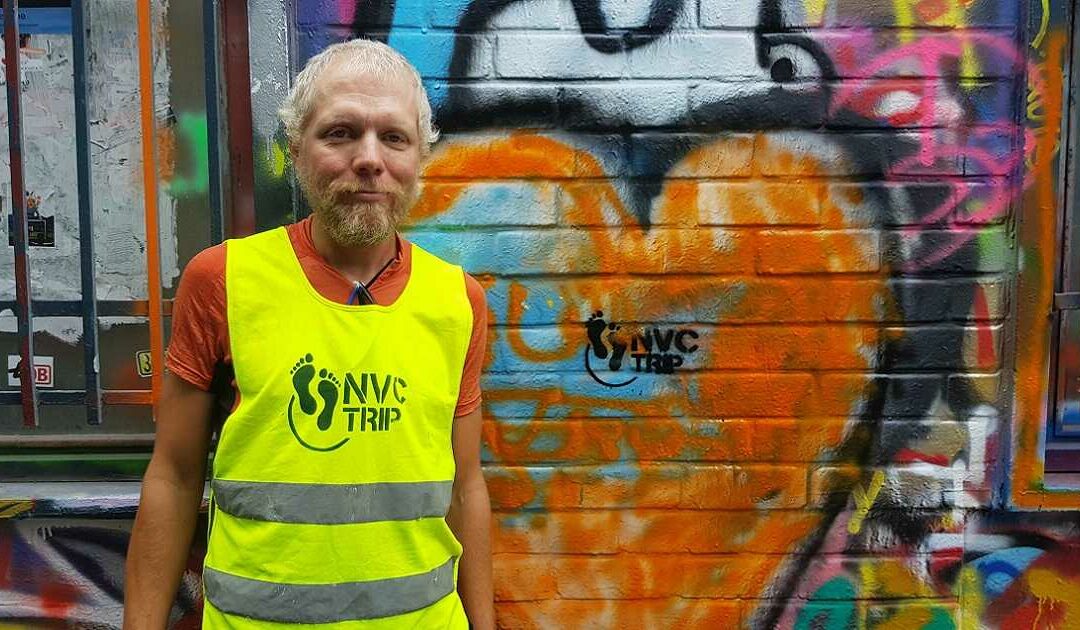 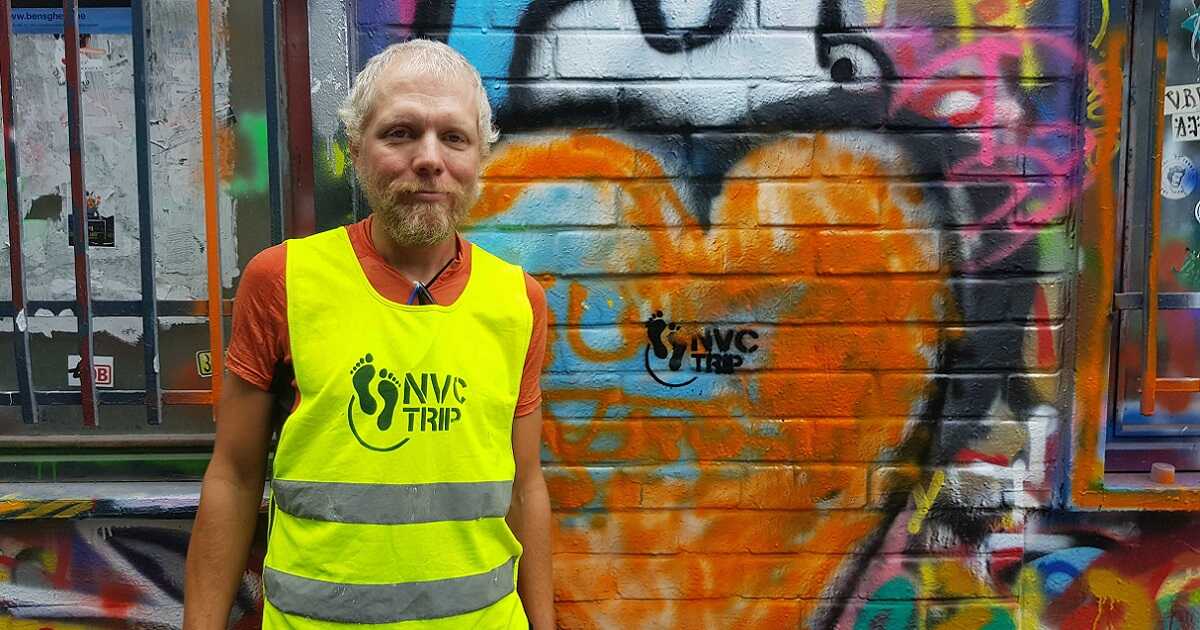 After spending a night (26-27 September 2019) on a soft mattress in central Gent I ate breakfast with my hosts. I was in no hurry and prepared my bike and packed the tent which had been drying during the night. Around lunch time I got a visit from Meike. She brought me a lunch bag with an included “Belgian challenge”. It was a mission, but she told me I couldn’t read it until I would stop to eat. Before I left the cosy guest house Meike helped me to repair my punctured tubes. Then she biked along and showed me the way to one of my highlights during the trip: the bike highway. 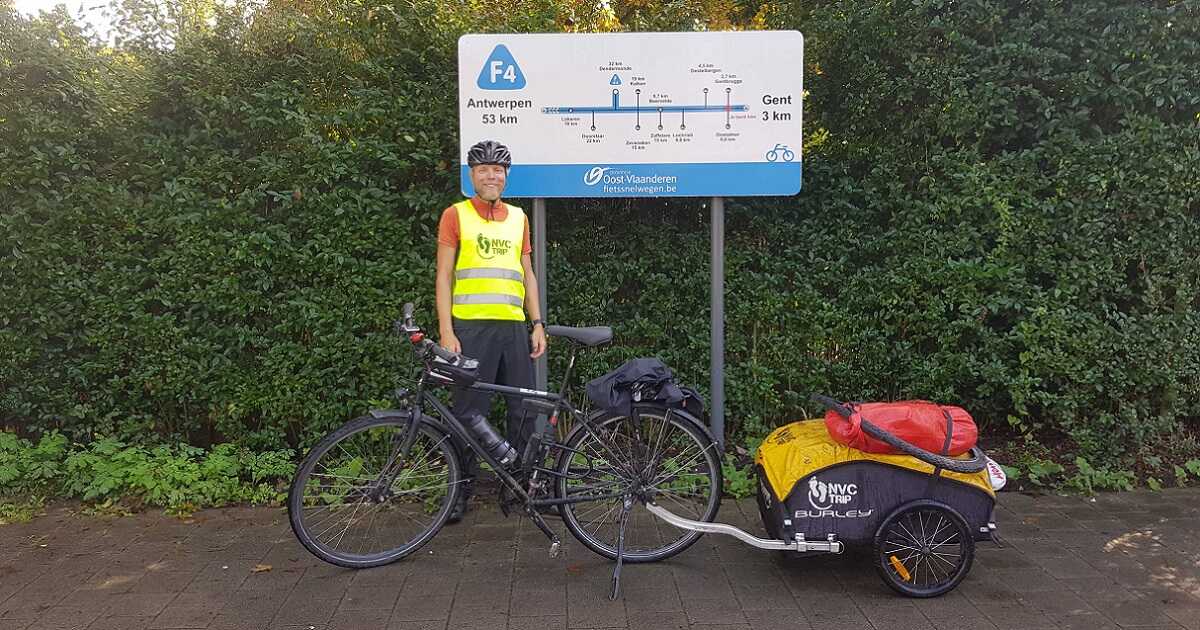 Between Gent and Antwerp is the bike highway. It is a 53 km cycle path along the railway. I could just bike on without stopping to check the map every now and then. Once I cycled wrong, otherwise it was easy to find the way. I loved it! And in general I loved the ease of biking in Belgium as well as later on in the Netherlands. Besides that the two countries are very flat they have great bike roads. Along the way a thought grew in my head; I could become the bicycle road ambassador of Sweden. The mission would be to transform the Swedish infrastructure into a more bicycle friendly one.

When it was time to eat, I opened up the “Belgian challenge”. Meike had written a letter welcoming me to Belgium, “this scary country where people are afraid of strangers”. She had cooked me a stew but the rise was uncooked. My job was to knock on peoples doors and ask someone to cook the rice for my meal. In exchange, I would give my benefactor a box of chocolate. My first reaction was to ignore the challenge, “I have no time for this”. But soon my curiosity and will to face the quest took over. I realized that my entire trip was a large enterprise of challenging my comfort zone. And

now when I really had the opportunity to do so – not just on a physical level – I almost found myself ready to back off..?! No way!

I had stopped in an area with many houses. I knocked at probably 15 doors. Most doors remained closed, but four people opened. The first one was a man who barely understood English. At least I managed to explain what I wanted, but he declined the offer with a stone face. A small boy who couldn’t speak English opened the second door. Behind door number three was a young man who said he couldn’t cook food. An elderly woman  opened the fourth door, and she also said no to my request, with a similar stone face as the first man.

By now half an hour had passed and I decided to surrender to reality; most Belgians (at least the ones I didn’t know) were afraid of strangers… Anyway, I gave the mission a fair chance, and later when I was in contact with Meike she was delighted by my effort. I ate up the delicious stew, packed the unboiled rice and rode on.

Through Antwerp to Kalmthout

I passed Antwerp and had to ride a lift and cycle through a long tunnel under the same river as in Ghent, Schelde. Well on the other hand, it was just to keep on cycling. Luckily my new found prejudices about Belgians was crushed when I was accompanied by a guy on a bike for a few kilometers. We managed to talk about a lot of things before we parted. 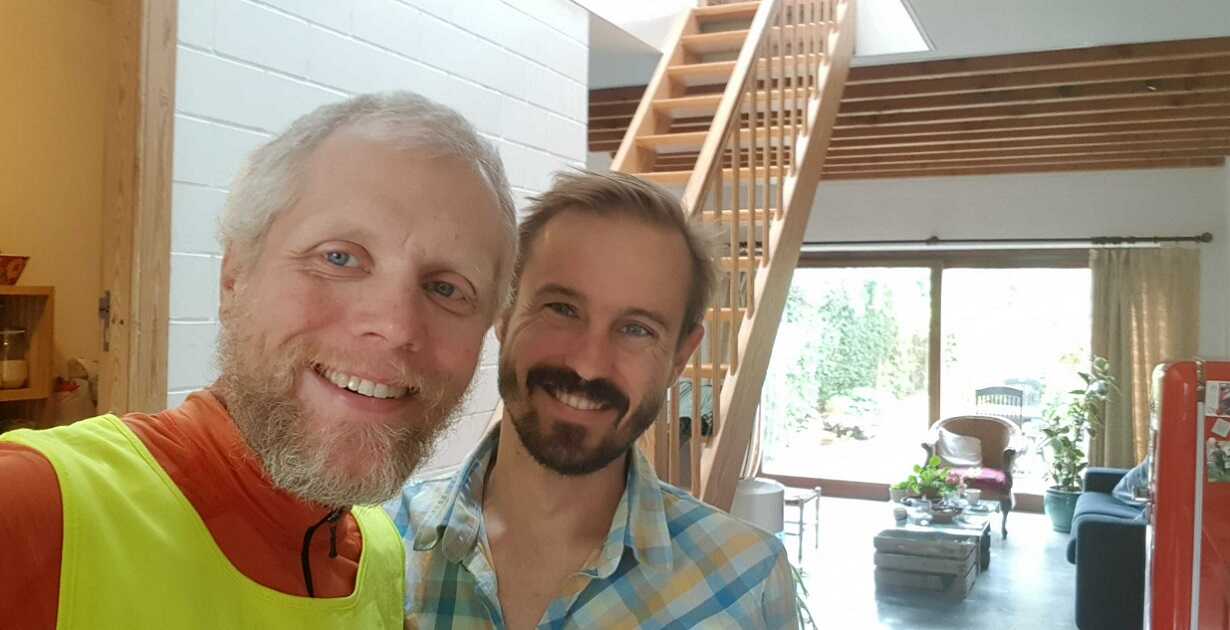 After a long bike ride I arrived at Kalmthout, a small town in northern Belgium, and found Sarah’s and Nic’s house. I was well received, had a meal and after a nice shower I crawled into bed. The next day I stayed for a few hours and celebrated Nic’s birthday. Before I hit the road again, I left the chocolate and the rice I received from Meike. Even if I didn’t find a stranger who wanted to boil my rice, I found a friend who could do it. So somehow my mission from Meike was completed.

Soon it was time to leave Belgium and head into the Netherlands. It was flat land and easy to ride. The weather was ok and I had a break from the bike while taking a ferry. In the evening the same day I arrived at Katja and Stephan’s house in ‘s-Hertogenbosch. I had met Katja a few years earlier at the IIT in Denmark. Later I met her again in a workshop with Miki Kashtan and at the European NVC festival where I also got to know Stephan. Once again I was spoiled with food and a soft warm mattress for the night.

Katja got hold of an NVC friend in Oosterbeek, Saskia. After another day on the bike Saskia and her husband Daan were ready to host me. I was well received and once again I crawled down into a bath tube with tea and some malt waffles, my Dutch favorite. When we ate dinner we shared bike anecdotes. Daan Had been biking in Africa and had been through some adventures.

The next day it was raining and I waited a few hours and cycled away when there was a break. I crossed the border into Germany and camped in a park in Gronau. For one hour I biked around in and out of the park before I found a place for the tent between a pond and a willow tree. I was partially protected from view by the leaves and the branches. It was actually the last time I slept in my tent during the remaining part of my trip. On my last stop before Lebensgarten I got a place to sleep in Osnabruck, invited by an acquaintance from the Tribal Technologies workshop I attended a couple of years earlier. 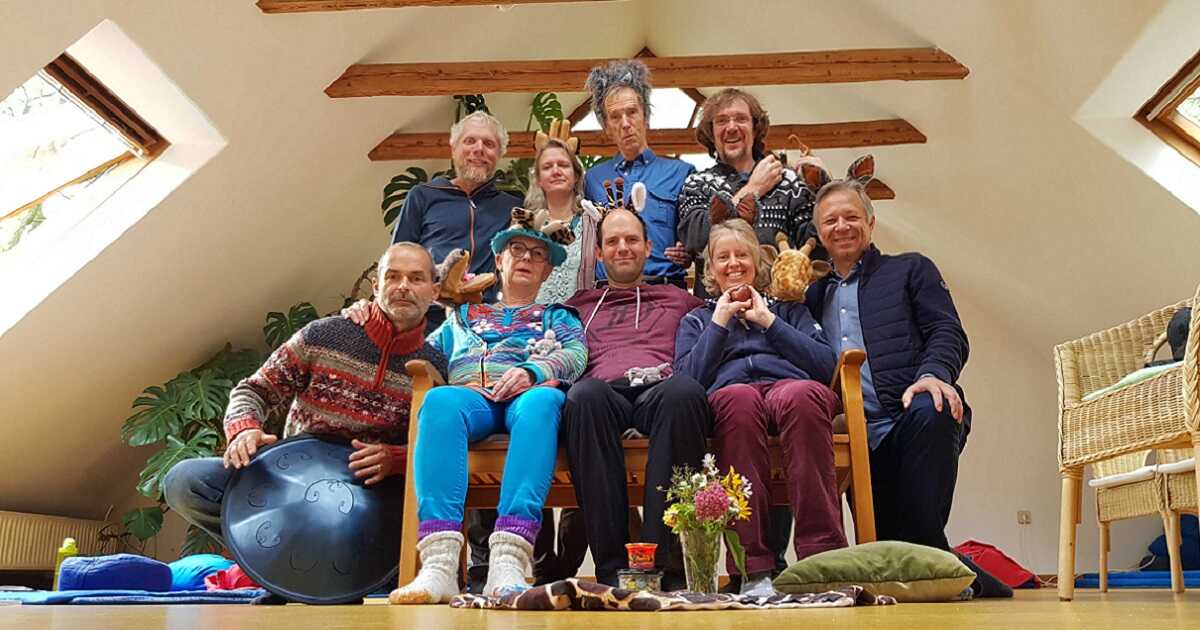 2-5 October I spent a few day resting my legs at the reunion of EuroLife in Lebensgarten. We were about 10 people doing exercises and dyads during day time and dancing in the evenings at the local pub. Last evening we had a non-talent show, and It was so nice to rest and to interact with the same bunch of friends for several days. When I moved on it was also nice to know that the days after the reunion I knew where to sleep several days ahead.