Imagine going by bike from northern to southern Europe, go back and forth Camino de Santiago and bike back again. This is about 6000 km of biking and 1600 km of walking. The goal is to accomplish this in 12 weeks – 3 weeks biking from Stockholm in Sweden to Saint-Jean-Pied-de-Port in France, walking 3 weeks from Saint-Jean-Pied-de-Port to Santiago de Compostela in northwestern Spain, walking 3 weeks back and then biking back to Stockholm for 3 weeks. Along the way I will give workshops about Nonviolent Communication (NVC). To be able to accomplish this project I would need to cooperate with people across Europe.

In this project I will combine two of my main passions: sharing Nonviolent Communication (NVC) and physical exercise. It’s a dream I have carried for some years now. Contributing and sharing my skills in communication and conflict resolution at the same time as challenging myself.

I will start by bike in Stockholm and go to Saint-Jean-Pied-de-Port in France. I will then walk the Camino de Santiago back and forth and continue home by bike. The trip will be approximately 7600 km, 6000 km by bike and 1600 km by foot.

The trip is completed

In the following places and locactions I had a place to sleep. In between I slept in tent or in hostels.
You can still write me a message if you want to communicate with me here.

How to support me

During my NVCtrip through Europe I would need to take a break now and then. Please support me if you want to contribute to a cup of coffee or if you think I have had too many nights in a tent you might want to put me into a spa or in a bed in a five star hotel? Use PayPal and Swish (for Swedes): 070 770 66 21. 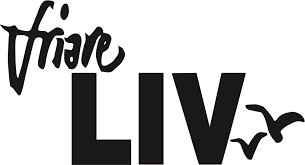