From the NVC festival to Switzerland 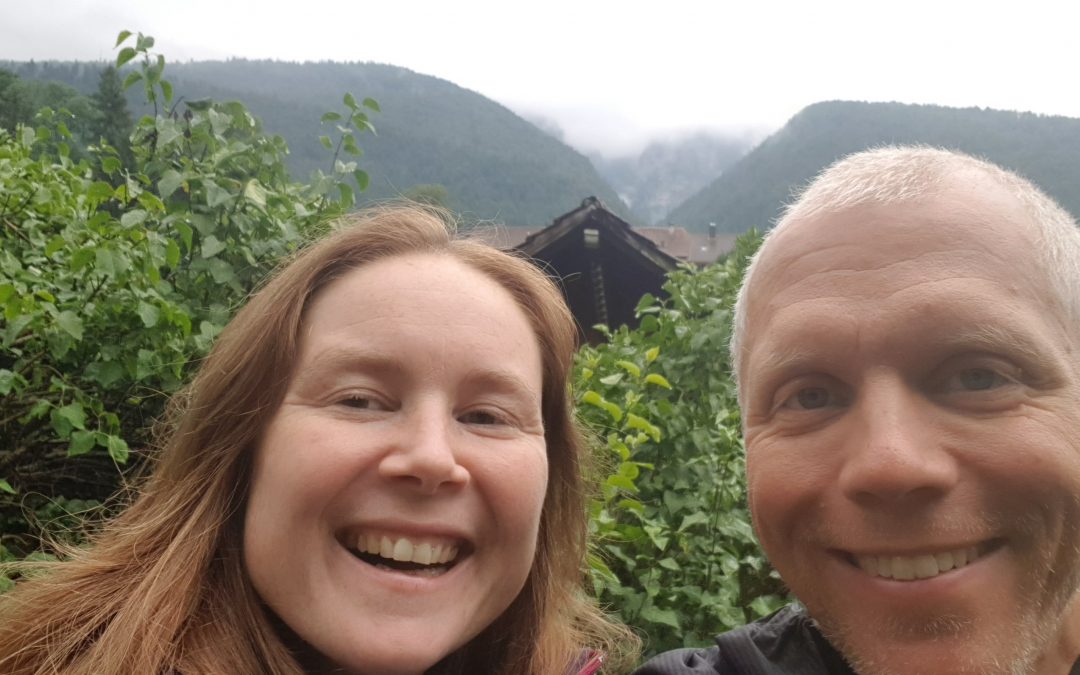 During the European NVC festival I offered a lot of workshops. I had for the vast amount of time a really great stay. The last evening however I received some feedback that made me forget the spirit of the text by Marianne Williamson (se below). Along with some other events, I let myself be influenced in a way that threw me out of my joy. I even withdrawed from performing an act during the No need for talent show, something I usually enjoy tremendously.

IMy dip was even more striking in light of attending a workshop by Dirk Hüther on identity anchor earlier the same day. In this workshop I learned about putting yourself in a state of greatness. See my video clip with Dirk here: https://youtu.be/Lv2CUQtQK2s

After attending the European NVC festival it was time to move on. As usual Google maps put me into challenges. When I had biked for a few minutes the app suggested that I should go up a slope and then it guided me into a grass road. When that grassroad turned into a footpath and continued into the woods I decided to turn back. I continued along the main road even if it seemed much longer when I looked at the map, but I preferred asphalt to earth, grass and stones.

First it was just uphill for an hour. Then I could rest going downhill between 40-50 km/h for a long time.

My next planned stop was to visit Melanie in Stuttgart. The last kilometers were challenging. First it was uphill in serpentins and then I had to cross a big park with no lights. But the most challenging part was a dirtroad which was so steep that I had to walk. I slipped a couple of times and I could hardly get to the top. Finally I arrived to Melanie after midnight. I ate, took a showerv and fell asleep.

I stayed at her place until the afternoon next day and then I biked on. My next planned stop was with Heidrun in Freiburg. When I reached the foot of a mountain and a long uphill through the woods it was beginning to get dark, and I found a perfect spot for the night.

I just slept for a few hours and continued early in the morning when the sun started rising. A spoke on the backwheel broke and I communicated with Heidrun about finding a place to repair it. After some spectacular trails I came to a small town and found a bike shop and the guy in there repaid the bike in 10 minutes.

Next challenge was to climb almost 350 height meters for nearly 10 kilometers. That was the most challenging hill so far. The downslope afterwards was really nice, and it almost felt like I rolled all the way into Freiburg.

I reached Heidrun in the evening and we spent some lovely hours strolling around in Freiburg. We shared what were up in our lives since we last met at Euro Life.

After visiting Heidrun it was time to go to Susi in Switzerland. It was a ride of 160 kilometer and I decided to go all the way without sleeping. It was a quite pleasant tour. Just before I arrived to Basel it started to rain heavily and I took cover under a roof for an hour. It was raining just lightly when I crossed the border between Germany and Switzerland with a view over France.

From now on it was uphill. At first it went easy and I biked surprisingly fast. Later on it became a little more steep and I got slower. As long as it was light it was a beautiful tour along the river Wahlenbach with mountains on both sides.

Finally around 2 in the morning I arrived at Susi’s place. After a meal and a shower I crashed into the bed an had a really good night’s sleep.

The text by Marianne Williamson

We ask ourselves, ‘Who am I to be brilliant, gorgeous, talented, fabulous?’ Actually, who are you not to be?

You are a child of God. Your playing small does not serve the world. There is nothing enlightened about shrinking so that other people won’t feel insecure around you.

We are all meant to shine, as children do. We were born to make manifest the glory of God that is within us. It’s not just in some of us; it’s in everyone.

And as we let our own light shine, we unconsciously give other people permission to do the same. As we are liberated from our own fear, our presence automatically liberates others.”