The Way Back on the Camino 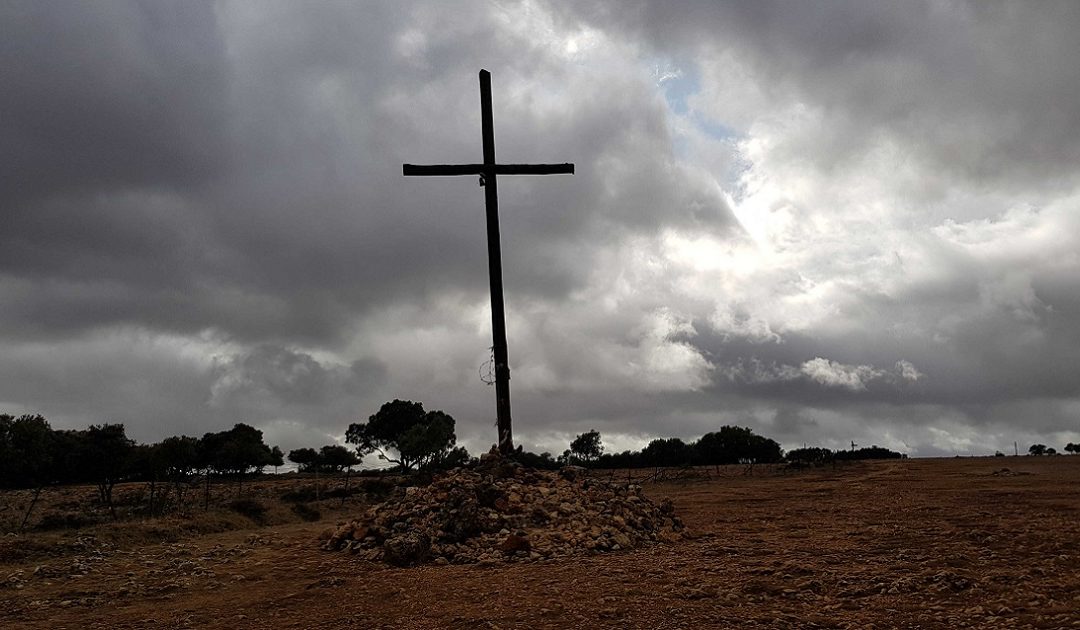 August 30, after retrieving my pilgrim certificate at the pilgrimage office, I headed back to the albergue. I took my backpack and started walking the long way back. As I had predicted, I met lots of pilgrims on their way to Santiago de Compostela. I alternated between saying hello to everyone I met versus looking in another direction and only answer the greetings I received. Especially when I said hello and only got an empty look back, which happened quite a few times, I adapted by not seeking contact. 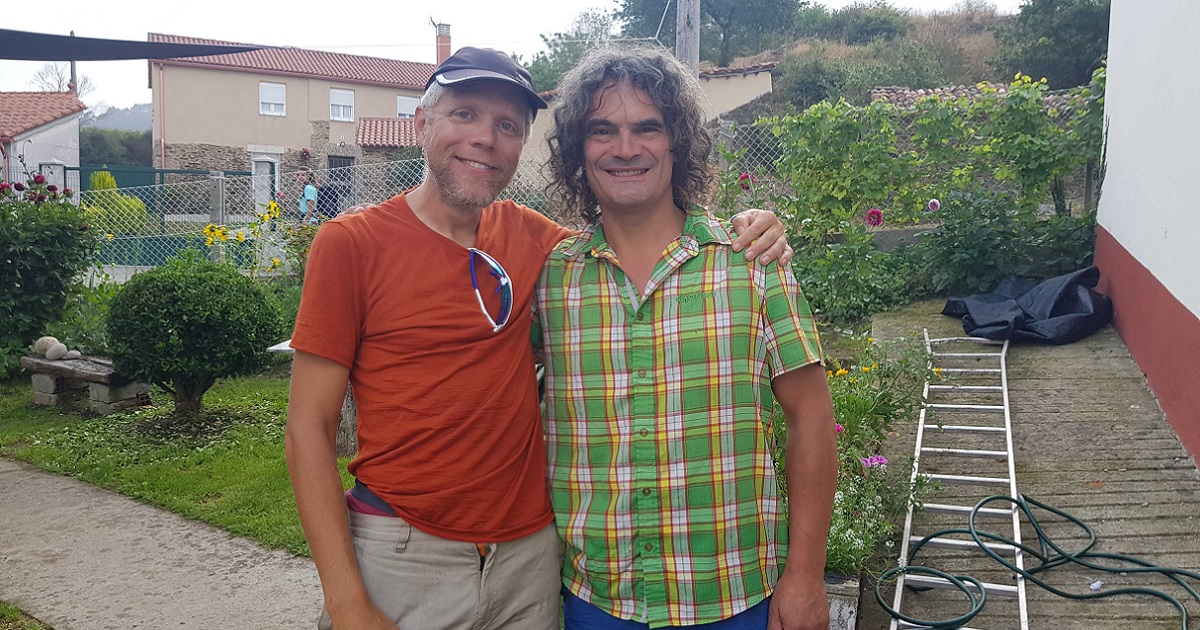 The first night I went back to Freebird in Castañeda to meet Shaun again. I arrived quite late and the house was dark. No one opened when I rang the bell. I decided to lie down in the hammock and hid my backpack behind the guitar amplifier which was standing in the garden. I laid there for quite a while before falling asleep. Suddenly I was awakened by Shaun. He had been to a bar and said it’s a drag to be given too many beers by the locals. He invited me into the house and I crawled down into a comfortable bed.

The next morning I spent a couple of hours with him and one of his guests. It is always difficult to break up from nice company, but I promised to come by the next time I walk the pilgrimage path. Maybe to stay a few days and do volunteer work?

It’s a slightly – or rather a quite big – different experience to walk the way back on the Camino. I met several people whom I had encountered before. Some of the pilgrims I met again were a woman from who I got oatmeal. She carried a big backpack and spent most nights in her tent. I also met Anna-Maria (the ant feeding woman) from Romania again. She had found new company and they were sitting under a tree in the shade when I met them. The last one I met again was a Danish guy I last saw up on Mont Perdon. Now he sat outside a vegetarian bar drinking a beer. I settled down and we spent half an hour together telling jokes and laughing before it was time for me to get on the road again.

After a few days I came back to Molaniseca and La Rosa del Agua, Mike’s place. It was closed – Mondays is his day off – but when he saw me he offered me coffee and a sandwich. I stopped and talked to him for an hour and promised to come back within five years – the same time he had decided to run his place. Again it was difficult to leave a good company and go out on the Camino again. 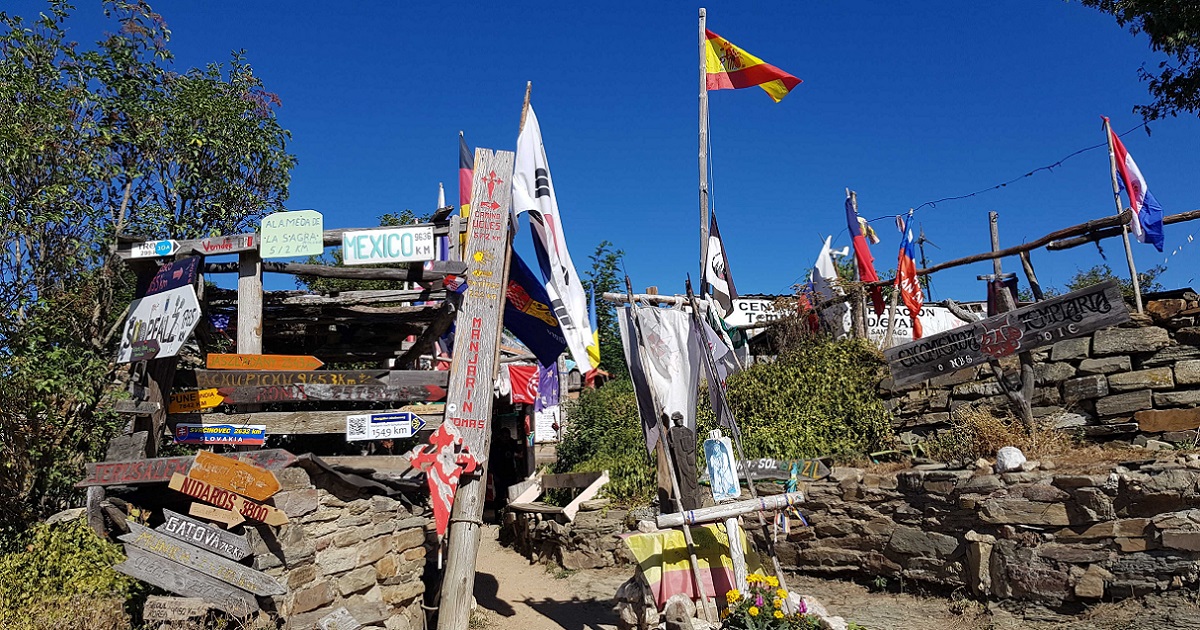 Later that day I visited Tomás – the last Knight Templar and his donativo. It is a strange place full of religious symbols. One of the app guides of the Camino says that Tomás welcomes all pilgrims, night and day, winter and summer. While I was visiting him, I heard him several times ringing his bell and shouting “Buen Camino” to the pilgrims passing by.

Old class mate on the road

On my way to Santiago de Compostela I found out that an old classmate from high school, Peter, was walking along the pilgrimage trail. Each year he travels down to Spain and walks some distance on the Camino. We decided to meet somewhere along the way. As we approached each other on my way back, we decided to meet in San Martín Del Camino. We went to a bar and had lunch together, talking about our experiences along the Camino. While weiting this I think about my view of him as a teenager in school. We had different interests and never really interacted with each other. Now as grown-ups we talked more with each other during one hour than for several years at high school.

While Peter stayed for the night in San Martín Del Camino I walked on. One night I almost didn’t get anywhere to sleep. I went to several albergues but they were all full. Finally I came to a place which had a bed over. It is always nice to be able to take a shower and rinse up the dusty and sweaty clothes to be able to walk away the next day reasonably fresh.

Wine for breakfast is a bad idea

September 14 I passed the wine fountain outside Estella-Lizarra for the third time. First time I passed 2013, I didn’t drink alcohol. The second time a month earlier during my NVCtrip it was closed. And now the third time it was open and I took the opportunity. It was morning and I had not eaten any breakfast. I drank two mugs of wine and ate some grapes I had in my backpack. This day was going to be the worst of the whole trip. I felt ill and exhausted and walked “only” 33 kilometers. During the day I gave up my goal of returning to Saint-Jean-Pied -de-Port until September 16th. Sometimes my mind works slowly and it didn’t occurred to me during the day that my condition might have something to do with my “breakfast”.

Last night during the Camino I left Zubiri in the dawn. I wanted to sleep in my tent at the same place as the first night. I wandered in the dark for quite some time and didn’t really know where the site was. Somehow I managed to find it. It was a good place to camp: a large meadow close by the Camino hidden behind some bushes.

Back on the top 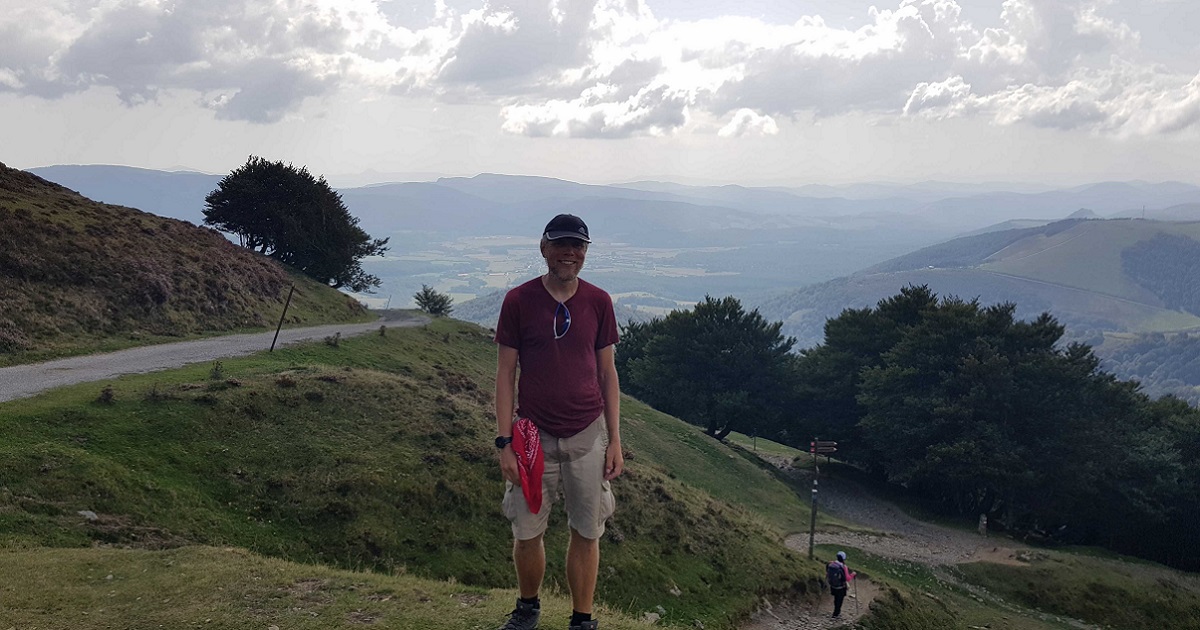 The final distance was thus as long as the first day of my walk. It is difficult to compare the two walks because last time it went mostly uphill and this time it was obviously the other way around. When I came up to the top at Lepoeder, I had a brilliant view and felt in top mood. I greeted and cheered everyone I met on the way down and encouraged them by saying it wasn’t far to the top.

Eventually I did not meet any more pilgrims because it was getting late in the day. I tried to get hold of Cat, my landlord in Saint-Jean-Pied-de-Port, but failed. As I approached the city, I began to look for a place to tent if I couldn’t get hold of a bed.

Back in my first albergue

I didn’t have to worry. I got hold of Cat. She was at a restaurant with some friends, but I could go in and take a bed that was reserved for me. It was really nice to take a shower and crawl into the bed, the last one I would sleep in for many days.

One of my roommates was a sweet priest from Canada who was about to walk the Camino. We talked and he read a prayer for me. I carefully prepared and packed my bike trailer. Now I had an extra backpack and it was really too much for my trailer. Even when I packed everything as thightly as possible it stuck out in the back.

It was five weeks since I last sat on the bike and I was a little nervous to get on the road again. The pilgrimage was a fairly safe and predictable part of my trip. Wherever I came I was basically guaranteed to get a bed for the night and I knew which way to go. To go back on the road on a bike again seemed a little daunting. I had nowhere to sleep until arriving in Gent in Belgium. When it rained during the pilgrimage, maybe I goy wet, but I knew I would eventually come under a roof. My clothes could dry during the night and I would be reasonably warm. When it rains while cycling, it is basically impossible to stay dry. And wet clothes are difficult to dry in a tent. 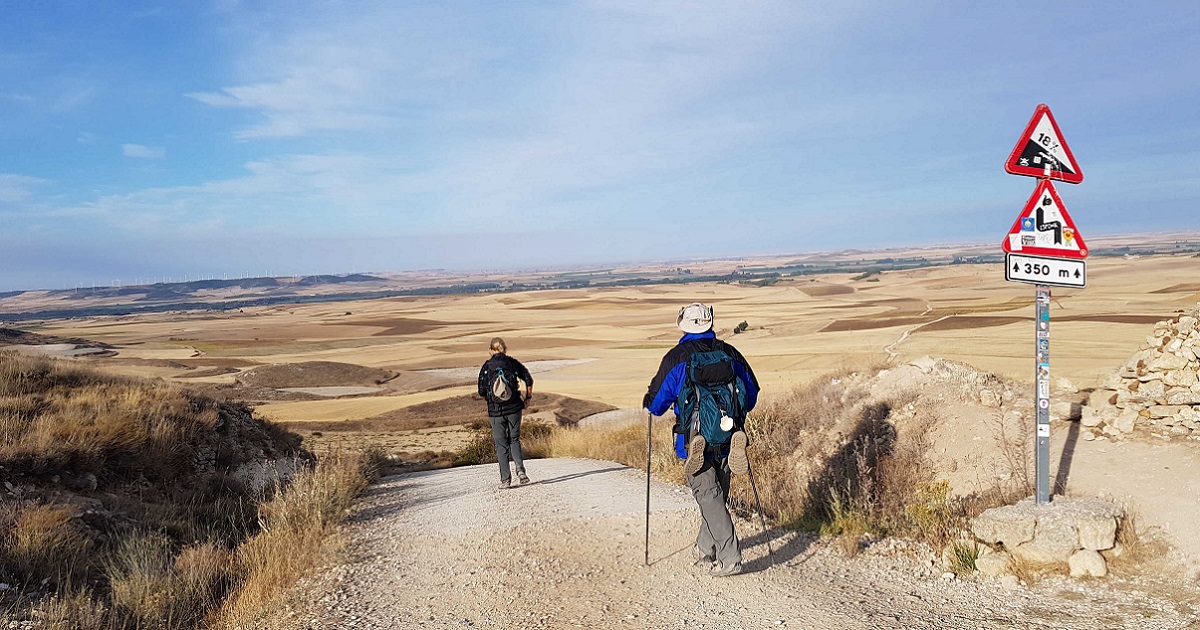 It is exciting to see that I have an engine in me that drives me to reach my goals even in tough conditions. During the day when I drank wine for breakfast (don’t do this at home), I did not meet my daily goal of walking. I walked the shortest distance throughout my Camino. I thought I had to give up my aim of walking the same amount of days back from Santiago de Compostela, as on my way there. As I recall, I was not disappointed in giving up that goal. Rather it was kind of surrendering to the circumstances at hand. At the time, I figured that I was unable to reach my goal in the conditions I was in. So actually I wasn’t giving up.

Maybe that was why I decided in the following days that I would try to catch up. It was not a “I must do it” in my decision, but rather “Lets try and see how it works out”. So my engine kicked in again. It was like I had a drive based on some kind of humility that it might not work. When I tap into that state now and then in my life, I guess even hard work will be a source of joy.